Why England loses, why Germany and Brazil win, and why the U.S., Japan, Australia, Turkey – and even Iraq — are destined to become the kings of the world’’s most popular sport
By Simon Kuper and Stefan Szymanski 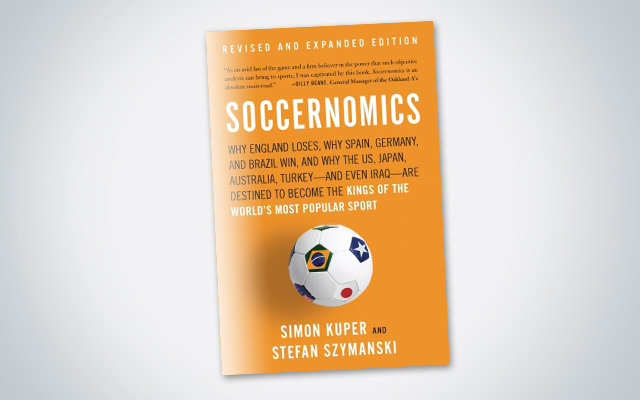 Named one of the “Best Books of the Year” by the Guardian, Slate.com, the Financial Times, the Independent (UK), and Bloomberg News

A New York Times best seller, Soccernomics pioneered a new way of looking at soccer through meticulous data analysis and incisive and witty commentary. Described by the San Francisco Chronicle as “the most intelligent book ever written about soccer,” this new edition contains fresh material, including chapters on Spain’s 2010 World Cup victory, on match data, and on the fates of debt-ridden clubs like Manchester United and Barcelona in the new era of financial fair-play rules.

What the critics say

From Spain (in Spanish)

From France (in French)

From The Netherlands (in Dutch)