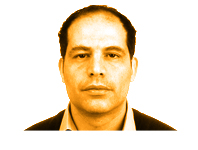 Simon Kuper is one of the world’s leading writers on soccer. The winner of the William Hill Prize for sports book of the year in Britain, Kuper writes a weekly column for the Financial Times. He lives in Paris. > Follow Simon on Twitter 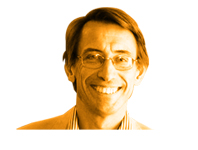 Stefan Szymanski is the Stephen J. Galetti Professor of Sport Management at the University of Michigan. He started researching the economics of professional football in 1989, and has since come to spend his entire time researching the economics and business of sport. He has published 55 scholarly articles, 14 book chapters, six books and four edited volumes on sports related subjects. He has also acted as consultant to sport governing bodies and national governments, and has appeared in court as an expert witness on the economics of sport. He has become a regular pundit in the media on business related sports issues. > Follow Stefan on Twitter

Ben Lyttleton is the author of Twelve Yards: The Art and Psychology of the Perfect Penalty, and EDGE: Leadership Secrets of Football’s Top Thinkers. He co-wrote the best-selling series Football School: Where Football Explains the World, written to improve children’s literacy. His books have been published all over the world. Ben is a keynote speaker, football and fans' trends analyst and transfer consultant to football clubs across Europe. > Follow Ben on Twitter