Forecasting the final table for the Premier League 19/20 season: Revisited

Back in April, just after the league was shut down, I generated a simple forecast of the outcomes of the remaining EPL – posted here. So now here the actual final table to compare.

The biggest error in the X2 model came in the relegation zone, with Aston Villa and Brighton predicted to go down, when in fact Bournemouth and Watford, who were in the relegation positions in March, both suffering the drop. As someone pointed out at the time, the model was failing to take account of form across the season. This would in factc be easy to factor into the prediction model.

The point I wanted to make is that the model based on only two values- the TM value estimates from transfermarkt – are sufficient to generate forecasts that are reasonably accurate, as measured against bookmaker predictions. This example seems to bear this out. 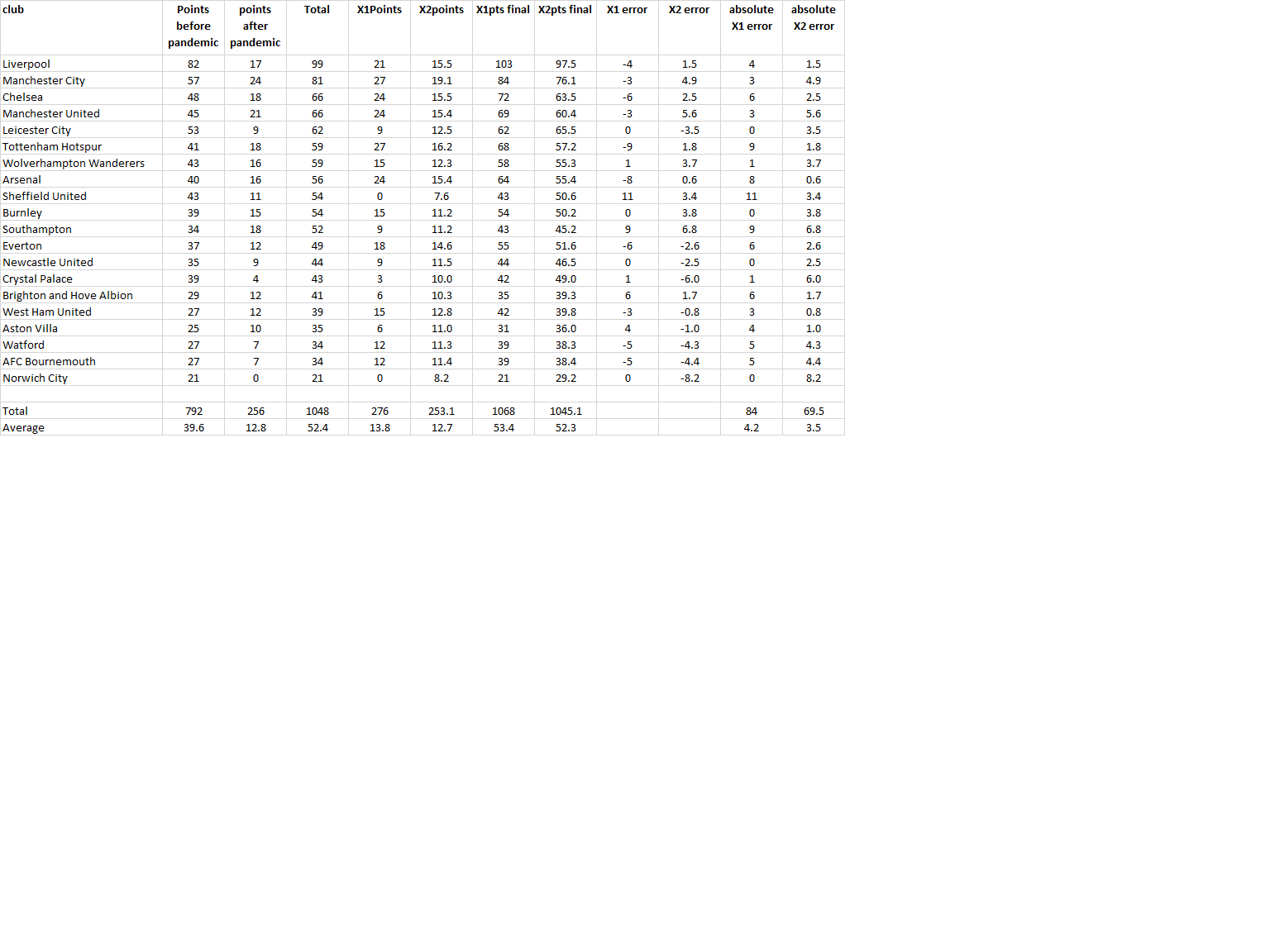